First presidential debate cause for concern 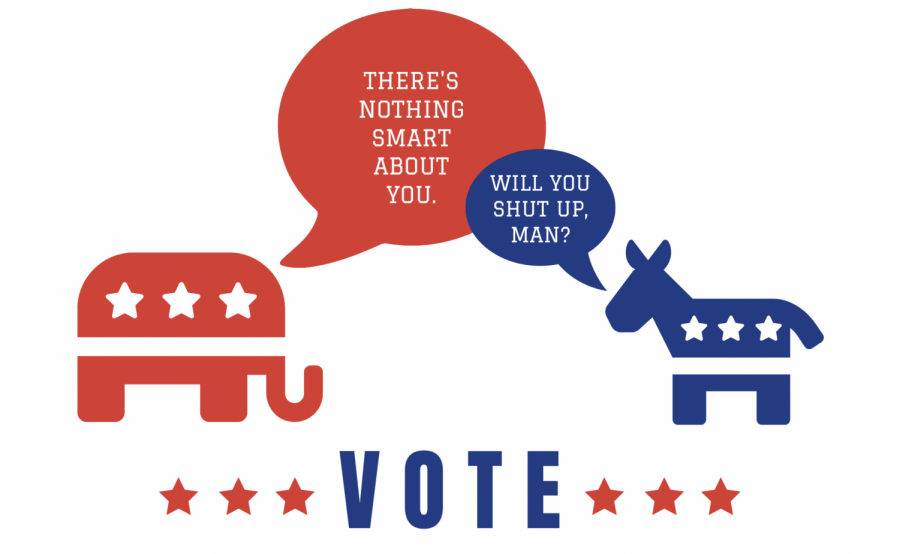 During the first presidential debate on Sept. 29, candidates appeared to be more eager in berating each other rather than discussing policy. Less than 10 percent of voters use debates to make their final decision.

“Will you shut up, man?” former Vice President Joe Biden muttered after one of President Trump’s many verbal attacks.

The candidates exchanged snide remarks for the majority of the first debate in Cleveland, Ohio on Tuesday, Sept. 29. And no, Trump was not the only who dished out insults on live television.

For most of the debate, you might have thought you were watching two 12-year-olds argue. Unfortunately, these are your two top choices of who to vote for in the 2020 presidential election.

The American people deserve a better debate than two hours of pettiness among the candidates. However, I think we need to step back and keep in mind that less than 10 percent of people actually use the debates to decide who to vote for, according to a Fox News poll. On Election Day, Nov. 3, nobody will look back and say either candidate won because of the debates.

To appeal to the undecided voter, both candidates need to dial back the spiteful comments and instead focus on policies and how they will keep the country moving forward in a positive way. An undecided voter will not vote for either candidate because of how well they can yell at the other candidate, or the moderator.

The most useful thing for Americans right now, especially the undecided voter, is a debate where current issues are discussed truthfully and in detail. We deserve to hear the candidates debate over topics that actually matter.

Should another presidential debate take place, virtual or not, candidates must get their attitudes under control. It is time to leave the inappropriate and unprofessional behavior behind.

No matter your political affiliation, it is critical to take your voice to the polls— and vote.