Who will take home the 2019 Great American Trophy? 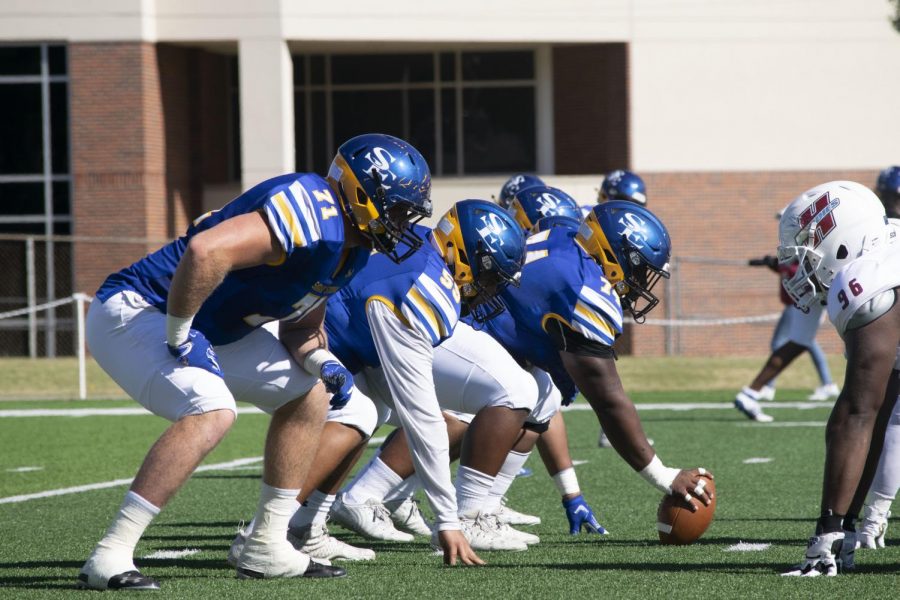 Despite a losing season record, coaches, players, students and alumni prepare for annual festivities leading up to the ECU rivalry game on Saturday, November 16.

The Great American Classic is sponsored by Landmark Bank and has been one of the most anticipated games of the season.

Southeastern and East Central have gone head to head for over a century in one of the longest rivalries in D2 college football history.

Currently, Southeastern is in the lead winning  52 games against ECU, which has won 51 over the course of the rivalry.

Sophomore defensive back Josh Mulumba says there is nothing like the rival game. “This game is always extremely physical, and every year it comes down to the last few seconds,” he explained.

Each year, the winner of the game gets to keep the trophy on their hometurf. Senior offensive lineman, Matthew Morse said, “The trophy is a physical representation of the hard work put in by each player and coach. It gives us visual validation that the hours of meetings, workouts and practice are paying off.”

Southeastern has had a tough season with a current record of 1-9 with a win against Northwestern Oklahoma State University. East Central currently holds a season record of 2-8.

Quarterback, Senior Rollin Kinsaul says that although it has been a tough season, “We are better than our record says.”

Morse says the entire football program wants to end the season with a win against ECU, so Southeastern fans can expect everyone to be playing their best.

The players and coaches express their gratitude for Savage Storm fans who have supported the team all season.

Mulumba ended with, “We are going to give it our all to ensure the trophy stays at home.”

The SE Alumni Association encourages the community to come to Tailgate Alley at 11 a.m. to join in on the Annual True Blue Chilli Cook-Off. The winner of the Chilli contest will be announced at 1:15 p.m., just 45 minutes before game time.