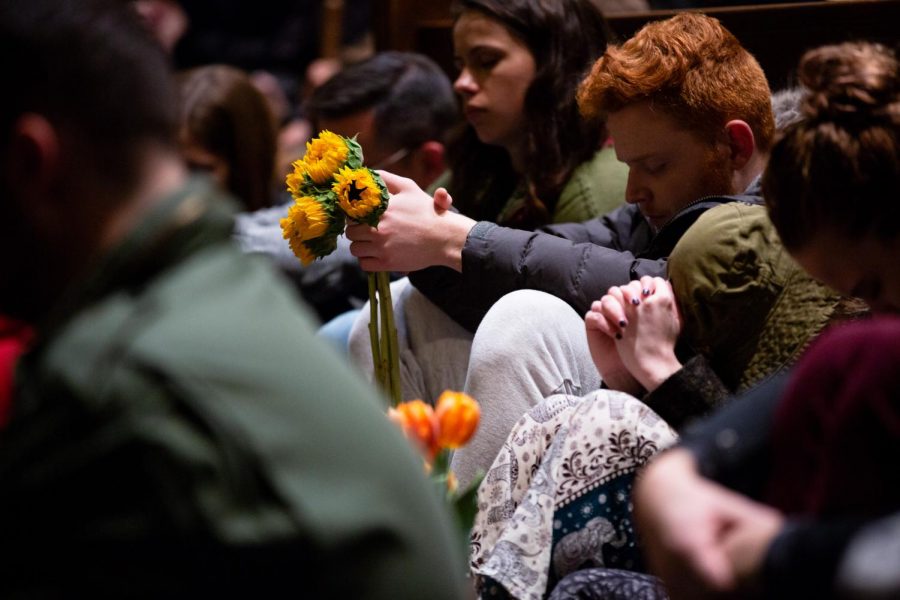 Mourners gather at the synagogue to pay respects to those who were lost. https://creativecommons.org/licenses/by/2.0/deed.en

It was reported by various news outlets that a lone gunman opened fire inside a synagogue in Squirrel Hill, Pennsylvania. Reports alleged that 46-year-old Robert Bowers walked inside the mosque with three handguns and opened fire, killing eleven and injuring six.

USA Today provided some coverage of the event. Bowers is currently in custody and is charged with 29 criminal counts; 11 federal hate-crime charges and 11 counts of using a firearm to kill. U.S. Attorney Scott Brady is seeking the death penalty with the support of President Donald Trump. “When people do this, they should get the death penalty,” Trump said.

The investigation showed that Bower had a social media account, and often posted anti-Semitic rants. His last post before the shooting accused the Hebrew Immigrant Aid Society of bringing “invaders in that kill our people.” He also posted that he did not vote for Trump because the president was too soft on people of the Jewish faith.

Bowers was injured in the stand-off immediately following the shooting and was taken to Allegheny General Hospital. An ironic twist happened once Bowers was wheeled through the hospital doors, Jeff Cohen, president of the hospital said.

“He’s taken into my hospital and he’s shouting, ‘I want to kill all the Jews!’ and the first three people who are taking care of him are Jewish,” Cohen told ABC’s Good Morning America. ”Ain’t that a kick in the pants?”

Cohen is a member of the Tree of Life Synagogue where the tragedy occurred and stuck to his oath as a doctor and treated Bowers. The Chicago Tribune reported that an FBI agent told Cohen he could not have saved Bowers if he were in the doctor’s shoes. Cohen replied, “if you were in my shoes I’m sure you could have.”

The turmoil did not end when the standoff between Bowers and the police ended. Amid protesters and residents screaming that he “is not welcome,” Trump visited the synagogue to pay his respects to the victims and their families. Few residents welcomed Trump for his visit. Richard Gottfried’s widow wanted the president to feel welcome. Trump visited with, Peg Durachko for over an hour to get an idea of who the victims were.

Bill Peduto, the mayor of Squirrel Hill, asked for Trump to postpone his visit to let the families grieve, and said it would be a security issue. “All attention should be on the victims,” Peduto stated, “We do not have enough public safety officials to provide enough protection at the funerals and at the same time, draw attention to a potential presidential visit.”