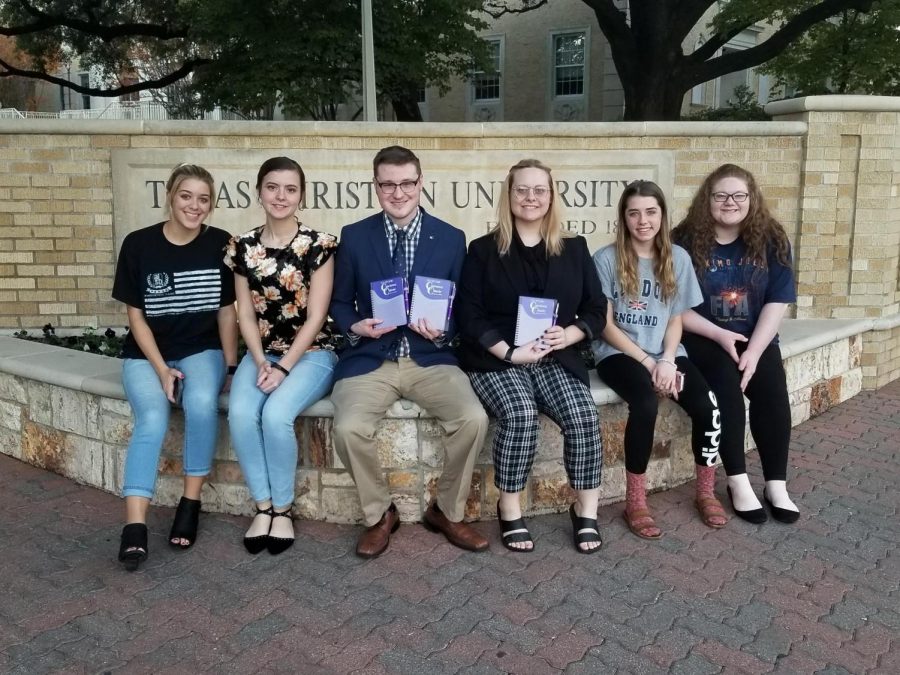 Morrison from Durant, OK and Nunley from El Campo, TX reached the semifinals in the Parliamentary Debate competition. The team of Morrison and Nunley amassed a five and zero record through the preliminary rounds earning them a third seed in the semifinals. However, the duo would lose in a split decision to the eventual tournament champions from the University of Texas at El Paso.

Benson, from Paris, TX, competing in her first forensics competition as a member of Dr. Randy Clark’s Business and Professional Speaking class this Fall finished the tournament ranked 21st in Extemporaneous Speaking out of 49 competitors.

Dr. Clark said, “The team faired very well for our first tournament away from home. It’s what I’ve come to expect from Morrison but Nunley was also exceptional in her first tournament. She has a bright future. She’s a star. I’m especially proud of the competitors from the B&P Honors course who have been working very hard all semester in an effort to prepare themselves for the grind of a tournament weekend. It is remarkable and a testament to the talented students of Southeastern how Reagan who has no experience performed at the tournament. She is a natural. If she wanted to compete in forensics she would take competitions by storm. No pun intended.”

SSDA’s next forensics tournament will be the Christmas Classic at Oklahoma City University in Oklahoma City, OK, November 30-December 2, 2018.