Mother Nature is not happy 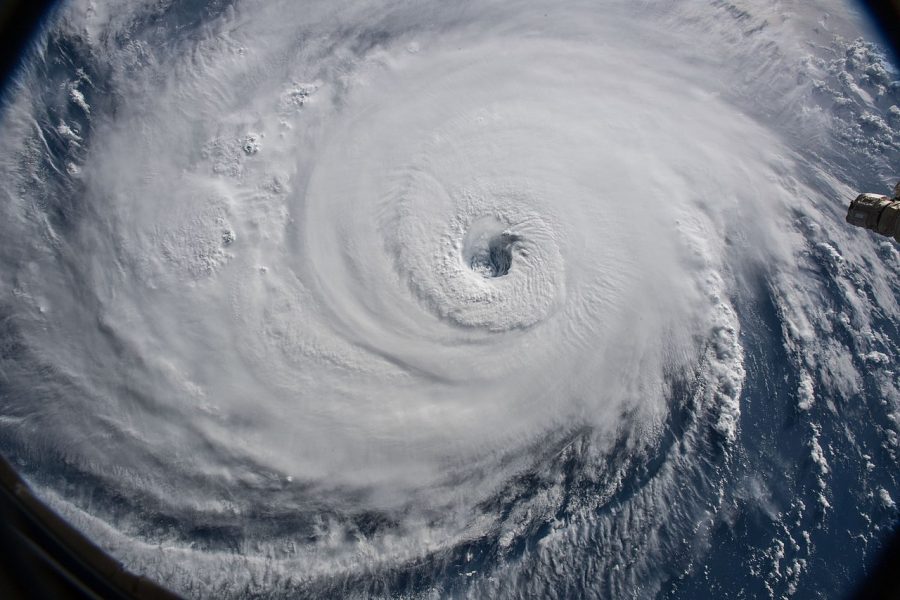 Cameras outside the International Space Station captured a stark and sobering view of Hurricane Florence the morning of Sept. 12 https://creativecommons.org/licenses/by/2.0/deed.en

The United Nations Intergovernmental Panel on climate change has released a statement warning the world that if people do not get a handle on global warming within the next 12 years the effects could be catastrophic. The world’s leading scientist warn of and increase risk in drought, floods, extreme heat and a rise in poverty for millions of humans on Earth.

An increase in global warming has already had detrimental effects on the environment in recent years. As yearly temperatures continue to rise, there has been an increase in wildfires across the Western U.S. Higher summer and spring temperatures, in combination with earlier spring snow-melt, have resulted in forests that are hotter and drier for longer periods of time which carriers an increase for wildfire potential.

Recent research from the U.N.I.P.C.C. has shown that hurricane destruction and intensity have been on the rise since the 1970s. Though scientists are continuing to determine exactly how global warming affects the severity of hurricanes, an increase in sea level and an influx in population of the coastal regions are believed to be a strong contributor.

Global warming causes the water temperature to rise, resulting in the melting of the polar ice caps, which directly causes water levels to rise. Professor of biological sciences at Southeastern Oklahoma State University, Dr. Stanly Rice, stated that adaptation is important when trying to mitigate these effects. Coastal cities in the U.S. have already built walls to keep the ocean from flooding the streets, but a continued increase in sea level could be disastrous for farm-dependent countries that are already below sea level.

Dr. Tim Patton, ecologist and professor of biological sciences at SE, works with fish, amphibians and reptiles within the aquatic ecosystem. Patton stated that the frog population throughout the world has been steadily declining over the last few decades due to a rise in chytrid fungus, a natural killer of frogs and other amphibians. The fungus has become more prominent as the temperature has steadily risen, resulting in the steady demise of many amphibians.

A few ways that students can help combat or even slow down global warming are taking a bike or walking to class more frequently. If this isn’t possible, try to car pool. Use fluorescent light bulbs that require less wattage. Since the meat industry releases tons of carbon dioxide into the air, eat less meat to help slow down production. Meatless Mondays are common practice. Turn off your lights when not in use, don’t waste food and plant a few trees.