Get out and vote this midterm election on November 6. If you can't make it to a voting location, send in an absentee ballot. Let your voice be heard.

November is here, which usually means Thanksgiving and Christmas are right around the corner. However, every two years, it also means voting season.

For the nation, it means that 35 seats on the United States Senate and the entire House of Representatives, which has a total of 435 seats, are up for election.

For residents in Oklahoma, it means a few official positions are up for election and five state questions. There are three candidates vying for the top spot of Governor of Oklahoma. Drew Edmondson is a Democrat and served as the general attorney of Oklahoma for 16 years. The gubernatorial candidate has an extensive background in law and the state government by serving on the Oklahoma House of Representatives.

Kevin Stitt is the Republican candidate running for Governor. Even though Stitt does not have a political background, he has a comprehensive background in finance. He founded Gateway Mortgage in 2000. The company currently is a nationwide mortgage company that had a loan servicing portfolio in excess of $16 billion in 2018.

Chris Powell is the Libertarian, or free will party, candidate in the gubernatorial race. Powell served as the chair of the Oklahoma Libertarian Party. He was also on the board of Youth Cornerstone and a United States Marine Corps Reserve who served in the first Gulf War. 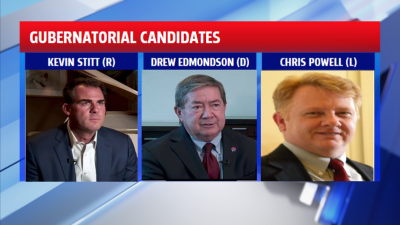 Chris Powell is the Libertarian candidate, Kevin State is running as a Republican and Drew Edmondson is on the Democratic ticket.

State questions are a little different; a yes or no vote decides if it passes or not. SQ 793 will decide if optometrists can operate out of a retail establishment. If passed, SQ 794 will allow victims to be notified when there are any changes in the case, or with the suspect. SQ 798 will determine if the Governor and Lieutenant Governor will be elected on the same ticket.

There are two state questions that affect residents’ taxes. SQ 800 will invest five percent of the Oil and Gas taxes, if passed. SQ 801 will determine if voter approved taxes will fun school district operations.

There were some residents who rallied together to attempt to have recreational marijuana added to the November ballot. However, according to Marijuana Business Daily, it fell 20,000 signatures short of qualifying the proposal for public vote.

A few issues regarding voting is where and how to vote. The location for voting is determined by the resident’s address. Durant has seven locations: the Superintendent’s office, the Bryan County Health office, and five churches. Caddo residents can vote at the Rock Community Building. Calera has the Methodist church and Kiamichi Tech Center.

Finding the correct polling place might prove to be a bit daunting. Bryan County Secretary of Elections, Kimberly Norris said, “If they don’t know where they should go the best option is to call us at 580-924-3228 so we can look them up to see where they are registered.”

If a voter is unable to make it to a polling booth on November 6, there is always the absentee voting option. Absentee voting is done by mailing in a little paperwork before the Election Day. Some states will allow the voter to apply for absentee voting, then vote the same day.

Oklahoma has no restrictions on absentee voting. Just visit www.vote.org/absentee-voting-rules/, scroll to Oklahoma and fill out the form.

With a variety of ways a resident can vote, both in person or absentee, there is no excuse not to let your voice be heard. Just make sure you have a current identification, and your voter card, and go out and vote.