Gun control back in the spotlight 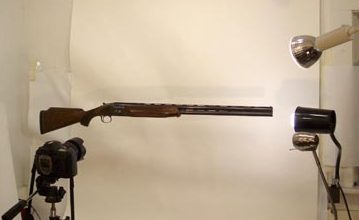 Guns and gun control debates have been thrown back into the spotlight after the recent school shooting in Florida.

An evil gunman killed 17 people on February 14, 2018, at Douglas High School in Parkland, Florida which reignited the debate of gun control in the United States. We can only feel bad for everyone impacted by this coward’s actions. It seems that with the whitehouse supporting some kind of gun control, we might actually see some change.

I would like to start by stating that in America we have a mental health issue masquerading as a gun control problem. That said the second amendment is not for deer hunting, the second amendment was put in place by the founding fathers that had been under tyranny rule of King George. They understood that the people must be able to bear arms in case of a tyrannical government.

The argument that the founding fathers only meant muskets is preposterous. This assumes the founding fathers didn’t think there would be any technological advancement in firearms. “What country can preserve its liberties if their rulers are not warned from time to time that their people preserve the spirit of resistance. Let them take arms.”- Thomas Jefferson

Also, the second amendment was ratified in 1791 and there were already guns that exceeded musket’s technologically. For example, according to www.thoughtco.com, “In 1718, James Puckle of London, England, demonstrated his new invention, the “Puckle Gun,” a tripod-mounted, single-barreled flintlock gun fitted with a multishot revolving cylinder.”

According to Florida Senator Marco Rubio, the generalized term “assault style” is a semi-automatic firearm with a detachable magazine and a pistol grip. The argument that these weapons need to be banned is obviously flawed by the broad terms being used.

This logic means people should only be able to own a gun if it’s a single-action revolver, lever-action, single shot, pump-action, or double barrel. By this definition any gun that is able to shoot more than twice by pulling the trigger in succession should be illegal. According to npr.org, “there are more than 300 million guns in America.”

Lastly, people make the argument that the second amendment protects the militia’s right to bear arms but not the individual’s right. The second amendment states, a well-regulated Militia, being necessary to the security of a free state, the right of the people to keep and bear arms, shall not be infringed.

A militia would consist of the American people therefore we logically can come to the conclusion that the people would be bearing the arms. Also, the second amendment clearly states it is the right of the people to keep and bear arms that will not be infringed upon.

What would be the solution to solve these mass shootings? If we look at the Parkland shooting the gunman should not have been able to obtain a gun due to all the red flags and tips to the FBI about him. We have to maintain a system that does not allow people who aspire to be a, “professional school shooter” while not disarming the gun owners whom are law abiding citizens.