Help in the wake of a storm 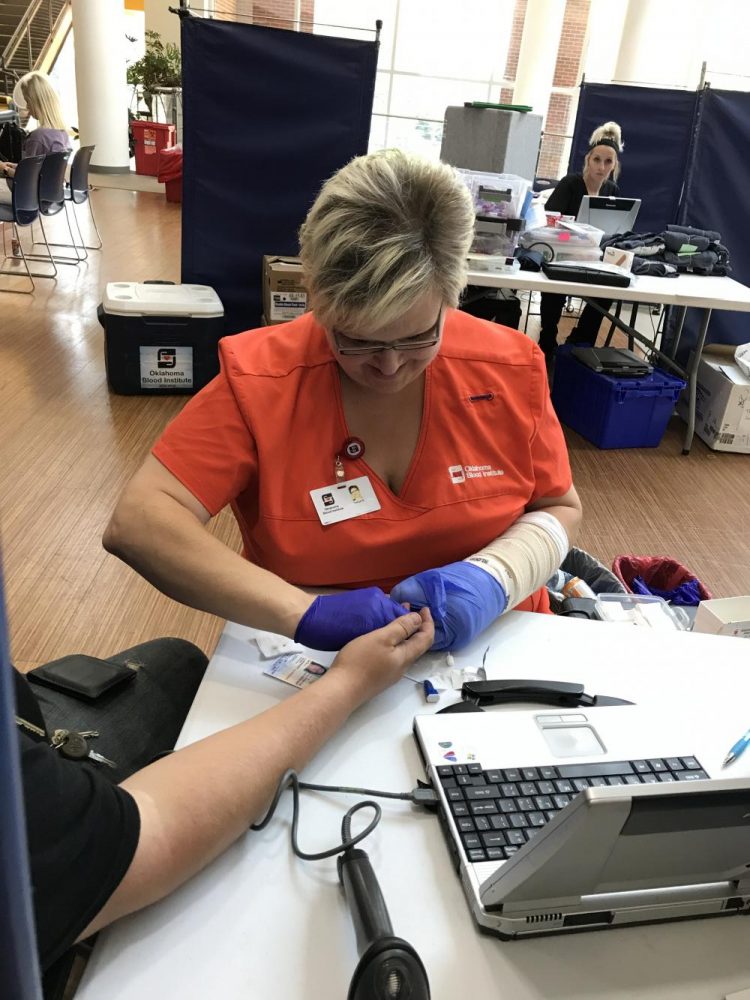 Oklahoma Blood Institute nurse prepares for an IV removal. Students lined up to give blood in hopes to help Hurricane Harvey victims.

Late Friday, August 25, Hurricane Harvey made landfall in Rockport, Texas, an area also called the Texas Coastal Bend. Prior to hitting the Texas coastline, Harvey had become a Category 4 hurricane, with wind speeds over 130 mph.

Harvey began as a tropical storm off the coast of Barbados earlier this month but continued to grow as it made its way toward the United States. TheWeatherChannel.com explained that due to the warm waters of the Gulf of Mexico, Harvey went from a tropical depression to a Category 4 hurricane in just 56 hours.

Harvey has now digressed into a tropical storm, with winds reaching 70 mph. Although it has lost some power, it is predicated that the storm will remain along the Texas coastline for several more days, causing extreme flooding and wind damage.

According to the TheWeatherChannel.com, Harvey was the first hurricane rated a Category 3 or higher to hit land since October 2005, when Hurricane Wilma came through Florida.

The National Oceanic and Atmospheric Administration is predicting rainfall between 15 to 25 inches for middle and upper parts of Texas in the next few days. Areas surrounding Houston are expected to receive more than 25 inches of rain.

Being the largest hurricane to hit the U.S. in almost 12 years, many Texas Coastal Bend residents did

not know what to expect. Mandi King, a woman from Houston, is seeing the storm’s damage first-hand.

Her mother, a Houston resident, was unable to evacuate, but later rescued from her home by a passersby and had to find high ground to wait out the storm. “The house had waist-deep waters. I saw a few alligators floating in the streets, too. I couldn’t make it very far,” said Justin King, Mandi King’s husband, during his attempt to evacuate King’s mother. 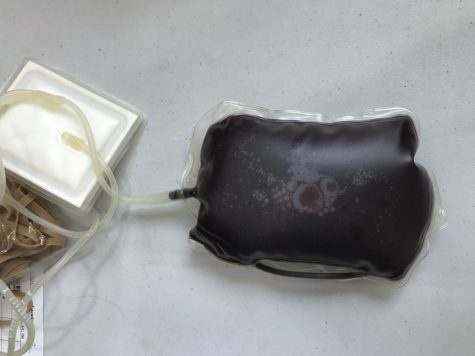 Megan McFarland Hundreds of pints of blood were packed by hand. For every blood donation, three lives can be saved.

Since news of the storm damage, Southeastern stepped up to help. The university held a blood drive August 30 and 31, collecting from almost 150 students for the Oklahoma Blood Institute. Those donations have the potential to save 450 people affected by Hurricane Harvey.

Diapers were also being collected on campus at the Glen D. Johnson Student Union. For more information on the diaper campaign, go to www.texasdiaperbank.org .